The End of high school football that is. It was a hard season but a good one. Lots of memories were made & I wanted to share some of the season through pictures.

Every away game we loaded up the "party bus" aka Mom & Dad's suburban and headed out of town. Because we are 1A classification our away games were REALLY far away! So, we would leave around 3 or 4 Friday afternoon and head towards the game but first we always stopped to eat and that was one of the best parts of Friday Night Football! The Food! 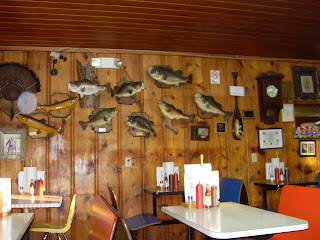 We ate some Zaxby's, some Cracker Barrel but Hancock's BBQ by far had the most character! 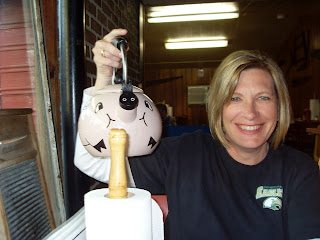 They had all sorts of adorable decorations. You know, your usual washboards & pig kettles! 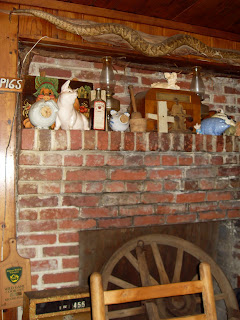 And I mean, who doesn't need a huge snake over the mantel in your restaurant?? 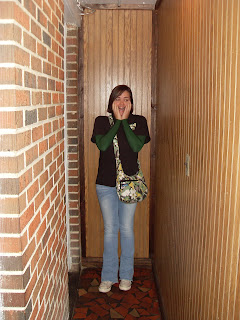 And the layout of their eating establishment was umm..rather...interesting? This is a teeny, tiny hallway that you have to venture down to get to the bathrooms! It was a little creepy! 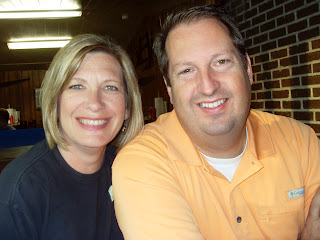 But regardless of their decorating choices or restaurant layout, their catfish and ribs were yummy, as you can see from the happy customers there!

Here's a pic of our group eating at a Golden Rule BBQ before the last game of the season (hmmm, BBQ seems to be a theme): 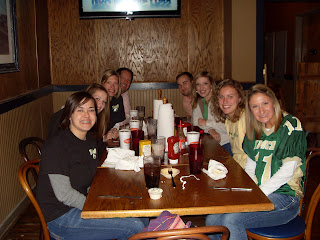 One fun factor of football is family. Football brings family together. Every Friday night for the past 10 weeks have been spent with my family and it's been awesome! We even had our sweet, sweet extended family come to watch some games! 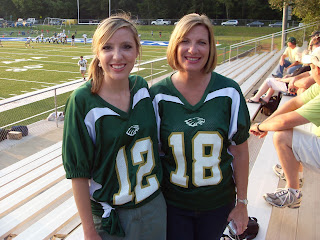 Me & Mom showin' love for the boys at the first game of the season! 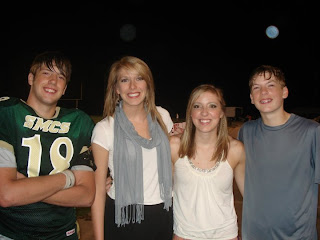 Anna came in town for a few games too! So fun to have our sissy with us! 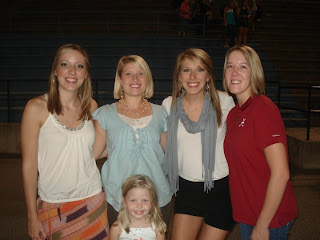 Girls cousins cheering on the Eagles on homecoming night! 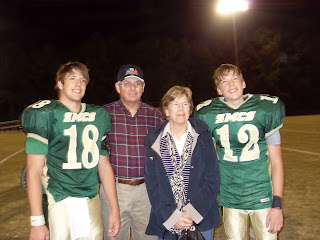 Grandma & Pocker came all the way from Huntsville for Senior Night/Last home game! 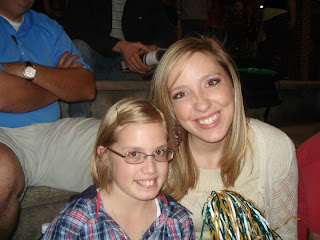 My cousin Elisabeth & me! 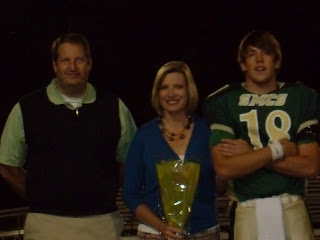 A really cool thing about this football season is that David & Stephen were both playing varsity! 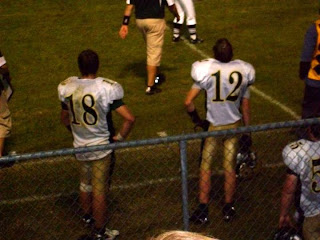 There were also the memorable moments:

On the first play of the Eagles first home game of the season they played with only 10 men on the field to honor their teammate, Mical: 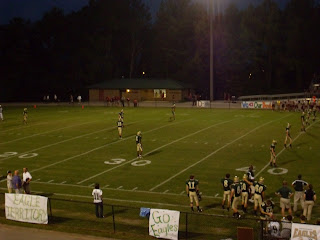 And the greatest moment of the season for me (& AW & Mom & Dad) was during the last home game of the season David threw a TD pass to Stephen in the endzone and it was so amazing! 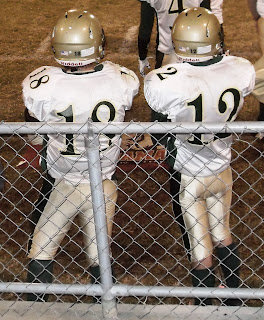 In the end, it was a great season. A lot of lessons were learned, a lot of battles were fought hard & long and a lot of lifelong bonds were formed (& a lot of yummy food was eaten). I love being an Eagles fan & I love the Eagles! Way to play guys! I love you!

Well it's turn and face the Stars and Stripes
It's fighting back them butterflies
It's call it in the air, alright yes sir we want the ball
And it's knocking heads and talking trash
It's slinging mud and dirt and grass
It's I got your number, I got your back when your back's against the wall
You mess with one man you got us all
The boys of fall
-Kenny Chesney's "Boys of Fall"