What Is Going On?!

Well, because school hasn't been as hectic as I anticipated (WOOHOO!) I decided to go back to my summer job. I'm only working two afternoons a week there but they have been quite telling already.
I work at a church pre-school and I just float to whatever class they need me in. I have to say, I am quite lacking in my hope for our future as humanity.
Despairing statement, I know but here's the thing, last week I was in the room with kids that have just turned three or are about to turn three. It was snack time and most of the kiddos were sitting at the table eating their crackers and cheese string or whatever crusty snacks it was they were eating.
There is one child who had on a pull-up & I was having to help change him. He was sliding down the wall instead of sitting and being patient and I said to him multiple times, "Sit on your bottom. No, not on your knees, on your bottom"...."bottom"..."sit on your BOTTOM"...
When one of the little girls says, "apple bottom jeans"...
I whipped around, "What did you say?" She giggled, "apple bottom jeans"...
I asked her what that meant and she looked at me like I had three heads, "It's a song. You know, apple bottom jeans, boots with the fur..." (She's TWO!!)
That's when another young girl said, "Yeah, it's funny. Apple bottom jeans!"
I asked where they heard it and they said, "in my car"...Parents! Here's the thing, your children are listening!!!
I mean, you really want your two year old quoting this guy??? 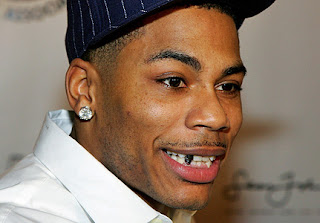 I chalked this conversation up to a one-time experience, rolled my eyes and went on.
That is until yesterday while I was at work.
This time I was in the young 2's room and some of those babies aren't even 2 yet. One girl who is a young two sweetly asked, "Miss Laura, can we sing a song?"
Of course I was all about it and asked which song she'd like to sing. How dare I expect Mary Had a Little Lamb or Twinkle Twinkle Little Star or even Jesus Loves Me...
"Lady Gaga"
The two year old child requested to sing Lady Gaga! 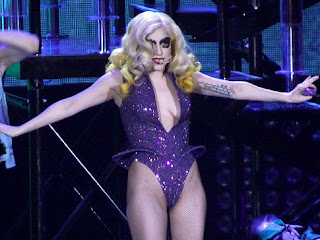