We have been loosely using the Before Five in a Row preschool curriculum for a year now. I really like it because it is literature based and you can make it as simple or complex as you want. The sky really is the limit with this one.

I've attempted a rather involved plan before Calvin was born & it was pretty easy to implement seeing as Anderson was the only child. But this year, since I have an infant in the mix, I've decided to keep it simple. The plan is to "row" one book a month. Our row will include 4 crafts, 4 supplemental activities, 4 related picture books & 1 chapter book. And we have all month to get it done.

January's row is The Snowy Day by Ezra Jack Keats 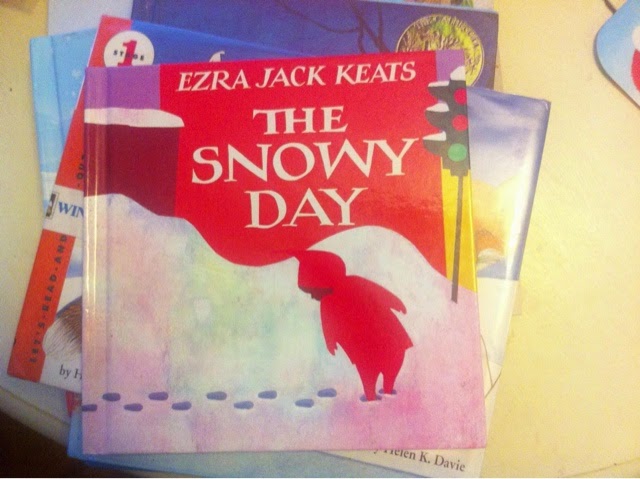 The 5 (yes, I was trying to limit myself to 4 but found lots of good ones so I felt 5 was me practicing self-control...lol...nerd status) books we borrowed from the library are: 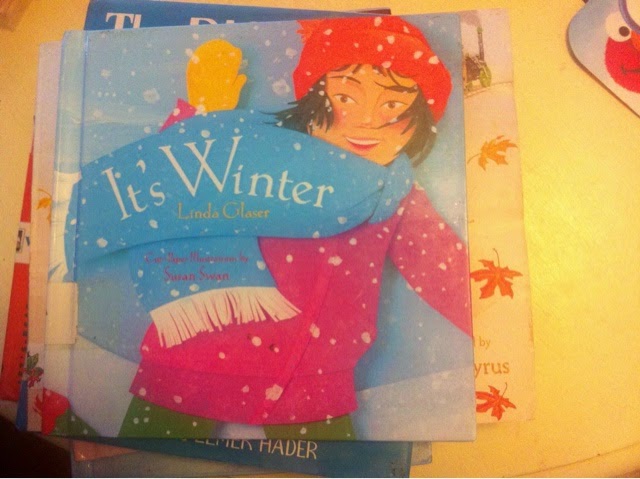 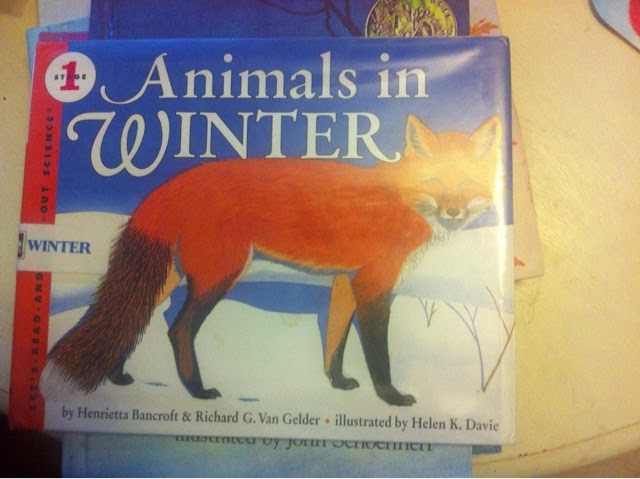 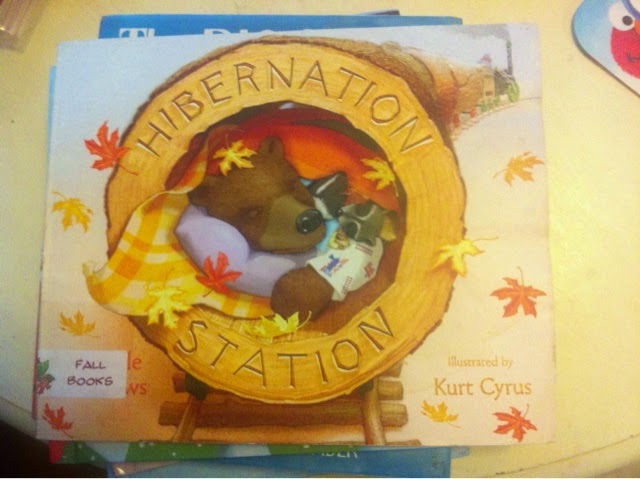 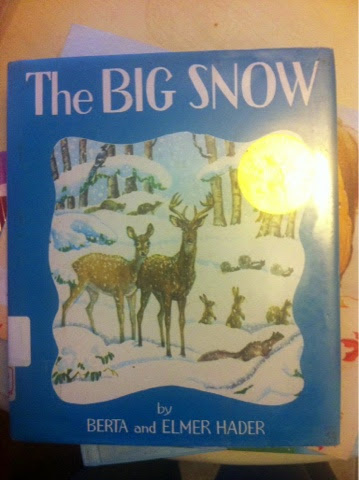 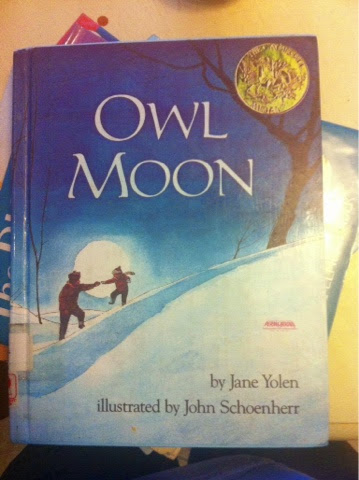 His favorite has been Hibernation Station. It is about a train full of animals that hibernate & has really interesting pictures. He has also enjoyed Owl Moon. It's a really beautifully written book.

Animals in Winter is really great for introducing science concepts & new words. Hibernation & Migration are two we've talked about a lot. Plus there are some winter activity ideas in the back of this book.

I love the pictures in It's Winter but he's not very interested in this book and The Big Snow is too long. We haven't gotten past the second page.

Our chapter book is: 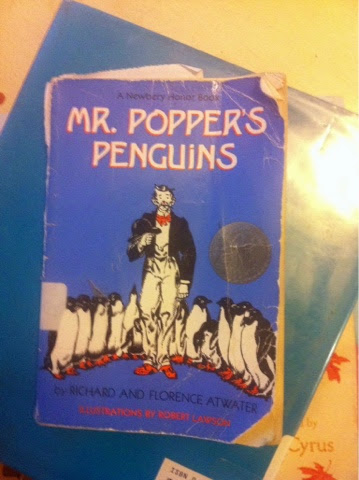 One of the first supplemental activities we did was the winter sensory bin. I had this mix saved from last year & he loved it last year so I wasn't sure if he would like it as much this year since he's older but he LOVED it. I just mixed Epsom salt, white tissue paper, silver tinsel & various "snow treasures" (jingle bells, snowman eyes & shiny gift bows). I just let him explore & play in the snow & then we tried to find the various treasures. Also, the Epsom salt is great for "drawing" in so we drew different shapes & letters. 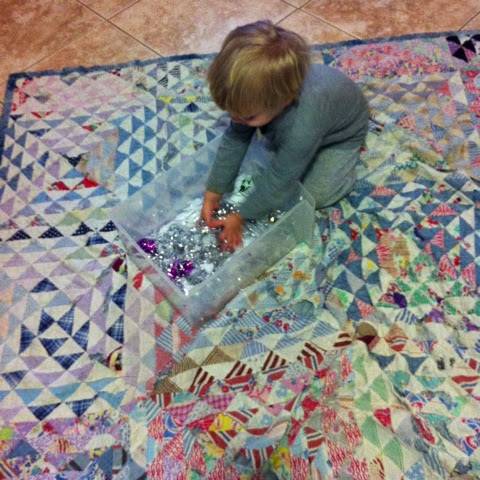 After finding all the snow treasures we put them on the table & separated them. Then I laid out his number flash cards. We counted each set of treasures & I had him find the correct flash card number. This was a fun number recognition activity as he doesn't know them yet. 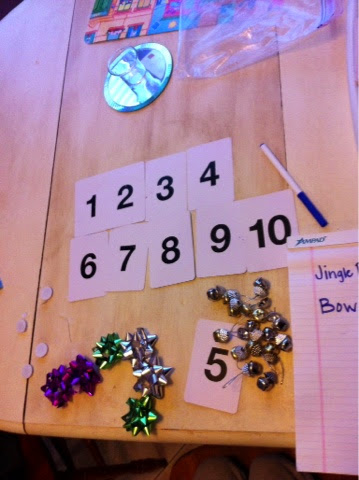 A simple & cheap activity that he loves are gel window clings. I get ours from the Target dollar section or Dollar Tree. While he was putting these up I asked him some questions about our chapter book that we're reading to see how much he's comprehending & I was really impressed with how much he remembered. I wasn't sure how the chapter book reading would go but I'm so glad I decided to try it. We both enjoy the book! 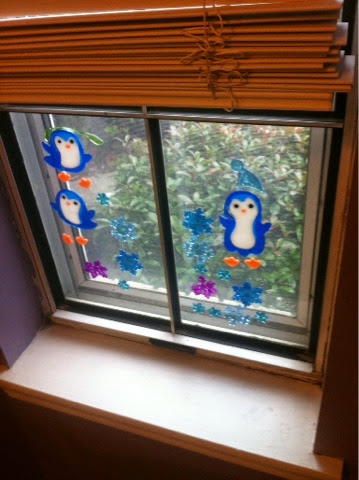 He has some really fun animal flash cards from my friend, Ilia. He loves, loves, loves looking through them. I laid out all of the winter animals we've been reading about & threw in some other non-winter animal cards & asked him to pick out the animals that live in cold climates or hibernate during winter. Really simple & fun for him. 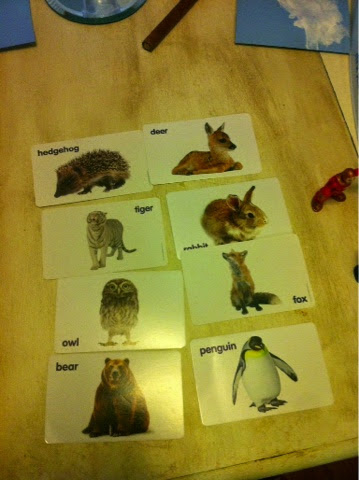 Another great activity we did was play in the snow! This was a super easy recipe: 3 cups baking soda + 1/2 cup white conditioner. It was moldable, cool to the touch & made my kitchen smell great!

I gave him some mini cookie cutters to help him create shapes in the snow but his favorite thing to do was make a track with his finger (like Peter's stick track). He also enjoyed piling all the snow in one corner & letting the bear cookie cutter (which he's named Jesse Bear) slide down the mountain like Peter does in the book.

It was also really easy to clean up which is a plus since he quickly made snow balls to throw & the snow did not stay contained in the sensory box for long! Anderson wanted to help me sweep up after & since it was so easy to sweep he actually did a great job. I thought about getting some colored conditioner & making some "colored snow" & letting him practice sweeping with it. We'll see if I'm brave enough to make a mess on purpose! {Spoiler Alert: probably not!} 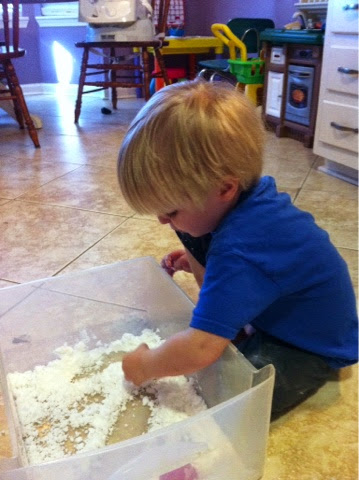 We also did several winter crafts. Anderson LOVES to do a "cwaft"! You can check out my January pinterest board for the different craft tutorials.

Also, at the last Tot Time at our local library the story was The Snowy Day & they did a paper plate snowman face. Lots of fun! And in the grab bag that they get there were winter coloring sheets & a cute poem about a snowman & a bunny rabbit. We quickly memorized it & have enjoyed repeating it & "acting" it out. I'm always so amazed at Toddler Memory Skillz!

I have various, general "school" activities on hand for him too that I use if he's bored or if I'm setting up a craft: 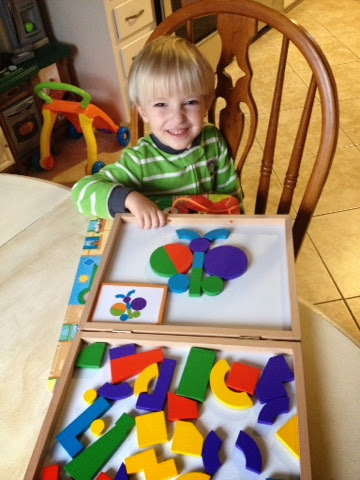 {Playing with his Imagination Magnets} 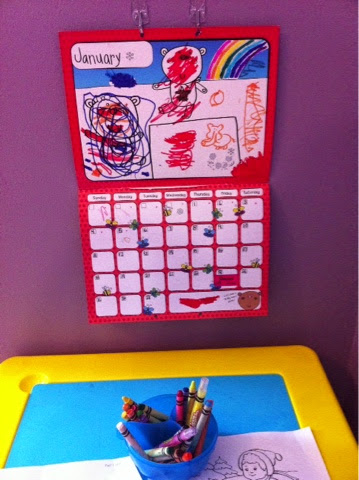 {His Usborne Create Your Own Calendar}

What fun "school" things have you been doing this month? I always enjoy hearing about others' school happenings!